Gakuen Alice is the story of a 10-year old girl, Mikan Sakura, who is devastated when her best friend, Hotaru Imai, transfers to a special school for "genius" kids in Tokyo. After hearing horrible rumors of what happens in the Academy, Mikan runs away from home to seek out her dear friend, and finds that the school Hotaru transferred to, Gakuen Alice, is specifically for children who each have a special power called an "Alice". To Mikan's surprise, a teacher at Gakuen Alice, Narumi, discovers that she too has a unique Alice, leading to her admission into the school.df Goro's down on his luck.He keeps losing his job and has a really little money.One day he meets a fortune teller outside of a pet store who predicts that his luck will change.That night three girls appeared in his apartment claiming to be his a guardian angels.Soon a total of twelve girls appeared to help him,each one of them use to be a pet owned by Goro,but died in a accident and born again as guardian angles. Anyways,Mitsudomoe is a very sad story but in a very funny way.There is a tons of misunderstanding in the anime. 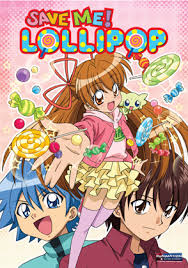